Many people, when they think of Put-in-Bay, think of the historical attractions on the island. Some of the most important battles in The War of 1812 were fought nearby and the Perry’s Monument and National Park are dedicated as such. 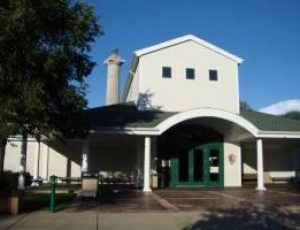 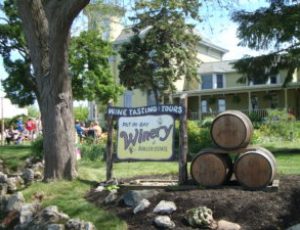 Put-In-Bay Winery, located in Put-in-Bay, Ohio between Sandusky and Toledo just north of Port Clinton, opened its doors for visitors on South Bass Island in May 2009. Visitors from nearby Midwestern states, southern Ontario Canada, and around the world come to visit our winery exhibit. Once you get off the ferry, hop in a taxi… 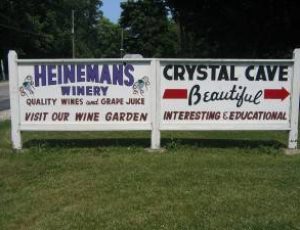 Crystal Cave is a geological treasure on Put-in-Bay.  It is home to the World’s largest geode.  Strontium sulfate lines the walls of this beloved cave.  The site is surely one not to miss out on. Originally, workers discovered the cave while digging above in 1897.  They were working 40 feet above when the Earth fell… 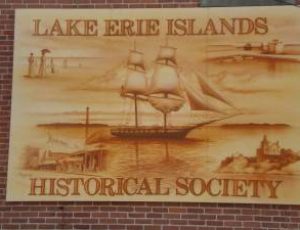 The Lake Erie Islands Historical Museum aims to preserve the history and traditions of Put-in-Bay and other islands.  They strive to educate and enrich the community.  Moreover, donations completely fund their efforts. So, come and learn about the Lake Erie Islands and help a great cause. Historical Museum Location The downtown Put-in-Bay area is home… 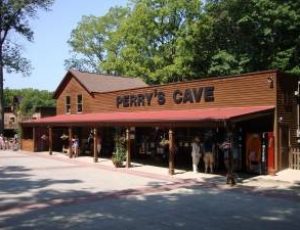 Perry’s Cave is the centerpiece of a great Put-In-Bay Attraction.  Here, guests can take tours of the cave.  Also, visitors can learn about its formation, history, and more. Perry’s Cave Location The cave is located in Perry’s Cave and Family Fun Center.  This is located on Catawba Avenue, between Joe’s Bar and The Goat Restaurant. … 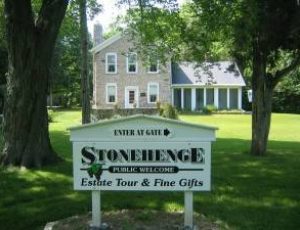 Nestled on seven acres of woods and beautifully landscaped grounds, the Stonehenge Estate brings to life a segment of island history from the 1800’s through present day living. An on-going family preservation project, Stonehenge represents the old family grape growing farms & wineries that prospered on the island in the mid-late 1800’s. The Stone Farmhouse…

During the week, Put-in-Bay gets many vacationers and school groups of all ages, coming to enjoy all of the historic activities that Put-in-Bay has to offer. There are so many things to do at Put-in-Bay, whether you’re 8 or 80, or anywhere in-between! Read on to learn more about some of the best Put-in-Bay historic attractions available.

Put-in-Bay is home to some of the best historic attractions in Lake Erie. History goes back to the early Indian settlers and the are of 1812 all the way up to the present day with steamships and steampunk attractions on the island. It was from Put-in-Bay’s harbor called that Admiral Perry sailed forth to defeat the British fleet under Robert H. Barclay during the war of 1812.

History comes full circle to today where urban and rural tourists come to Put-in-Bay by steamship, pleasure boats, small aircraft, and occasionally small cars over the ice in the winter months. From the top of Perry’s Monument, dedicated to victory in the War of 1812, visitors can observe the site of the Battle of Lake Erie and on a clear day see both Canada and the USA. 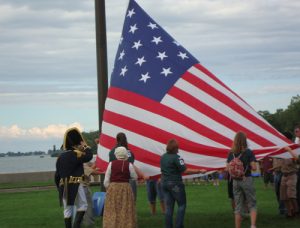 What is a Historic Site?

Historic sites or heritage sites are official locations where pieces of political, military, cultural, or social history have been preserved due to their cultural heritage value. Historic sites are usually protected by law, and many have been recognized with the official national historic site status. A historic attraction may be any building, landscape, site, or structure that is of local, regional, or national significance. Usually, this also means the site must be at least 50 years or older.

Are there other Historic Attractions in the world?

Petra. A historical and archaeological city in the Jordanian governorate of Ma’an that is famous for its rock-cut architecture and water conduits system.

Machu Picchu. Rediscovered in 1911 by Yale archaeologist Hiram Bingham, one of the most beautiful and enigmatic ancient sites in the world on an Andean mountain top.

The Great Pyramid of Giza. The only surviving Ancient Wonder of the World and one of the most famous tourist attractions in the modern world.

Stonehenge. A prehistoric monument located in the English county of Wiltshire, about 2.0 miles (3.2 km) west of Amesbury and 8 miles (13 km) north of Salisbury.

Alhambra. Located in Granada Spain, it is so much more than architecture and history, it is an overwhelming feeling of memorable moments, both historic and passionate ones.

Acropolis. Means “high city” in Greek, literally city on the extremity, and is usually translated into English as Citadel.

Colosseum. The most famous landmark in Rome. Built-in the 1st century AD, this great arena could seat 45,000 spectators and was the largest Roman amphitheater in the world.