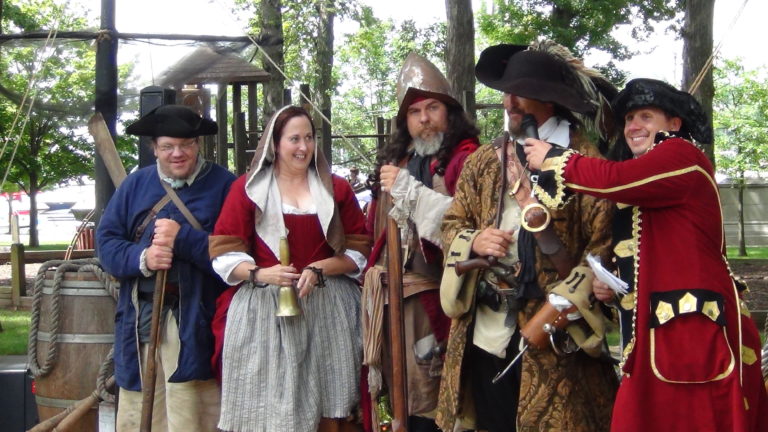 The year is 1818 and you and your family are infamous pirates that plunder the Great Lakes. News reaches you of a Pyrate Fest that is half a days journey to the east. You hear how it is an event filled with family fun activities and other fellow pirates.

You raise the sails and set course immediately for Put-in-Bay! Upon arrival you raise the Pirate Flag in DeRivera Park and walk the streets to experience all that is Pyrate Fest. 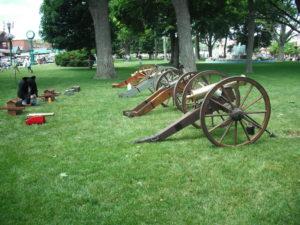 To your surprise there are magicians, fire jugglers, and educational tales that immediately capture the children’s attention. You and the misses grab a drink and share tales of your Great Lake excursions with other fellow Pirates.

After 2 days of fun events, great food and drink, and very convincing magic tricks you decide to join the annual 5K to get that pirate booty back in shape! As you and your family set sail you can’t wait for next years festival. 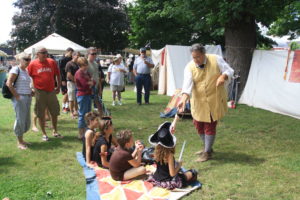 Join the family fun of Pyrate Fest as pirates invade the Put-in-Bay harbor from June 21-23! Dress in your best pirate costume and join the island invasion! In addition, You could win the pirate costume contest. There is plenty to do this weekend from history re-enactments with cannon fire to pirate parades!

There are plenty of free educational activities for the kids and on Sunday you can end the weekend with the annual 5K run/walk.

It all starts on Friday with the hoisting of the Pirate Flag in DeRivera Park and subsequently the search for treasure! The event starts at 10:00 am on Friday through Sunday at 6:00 pm so make reservations for hotels and lodging now to ensure you don’t miss out on the Put-in-Bay Pyrate Fest activities. 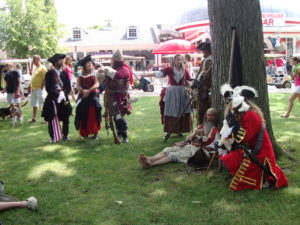 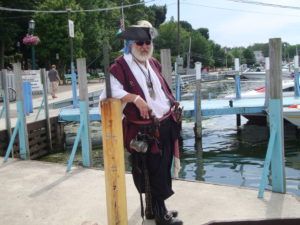 “Pyrate Fest has become a Family Tradition! If you have kids, we highly recommend this family fun time!”

“We love Pyrate Fest!! One of the best events of the summer!!!! Thank you again for an amazing weekend!! And as my kids would say, Arrrrr! Matey!!!!”

“Wonderful Vendor and so many things to do! Even though it rained, there was still a great turnout! The Pirate Captain and all the pirates were amazing and they had Mermaids this year!! Can’t wait till next year!” 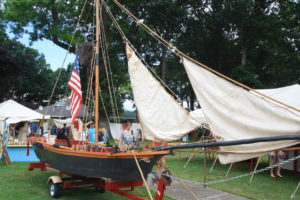