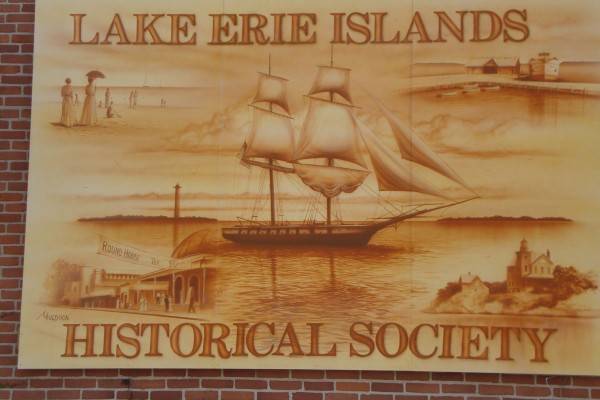 The Hotel Victory at Put-in-Bay, once gained fame as the largest hotel in the world (or at least the largest in America at the time).

Today it is nothing more than a few sad ruins tucked away behind an Ohio State Park campground on South Bass Island, plus memorabilia scattered throughout places like the Lake Erie Islands historical museum and the forgotten corners of various attics spread throughout the region.

Ottawa and Huron tribes lived in the Lake Erie Islands region prior to the late 1700s, but things began to change as the Connecticut Land Company deeded South Bass Island to John Pierpont Edwards in 1807, and his son John Stark Edwards settled the area and cleared 100 acres to raise a crop of wheat. read more 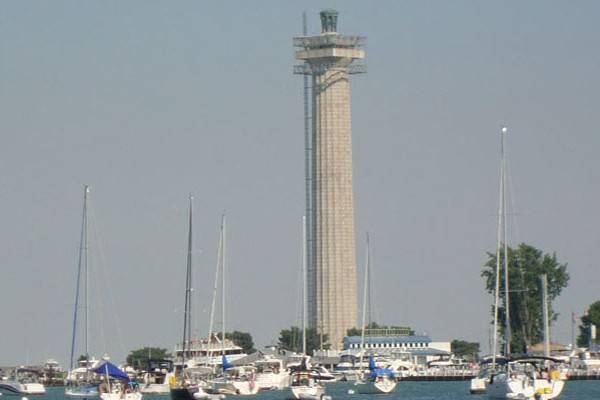 Possible Perry’s Monument Fee Increase – The National Park Service is proposing a fee increase that would more than double the cost to ride up to the top of the 352-foot-tall Perry’s Victory and International Peace Memorial, the iconic Lake Erie islands monument that offers views of Canada, Michigan and Ohio.

Entrance fees would increase to $7 in 2016, up from $3, in a recently announced park proposal. The current $3 fee has been in place since 1997. In 2007, the park postponed a planned increase to $5, after the memorial was forced to shut down for repairs. Reopened since 2012, the top of the monument is accessible via an elevator ride. Children 15 and under will remain free. read more