Stone Laboratory In The News 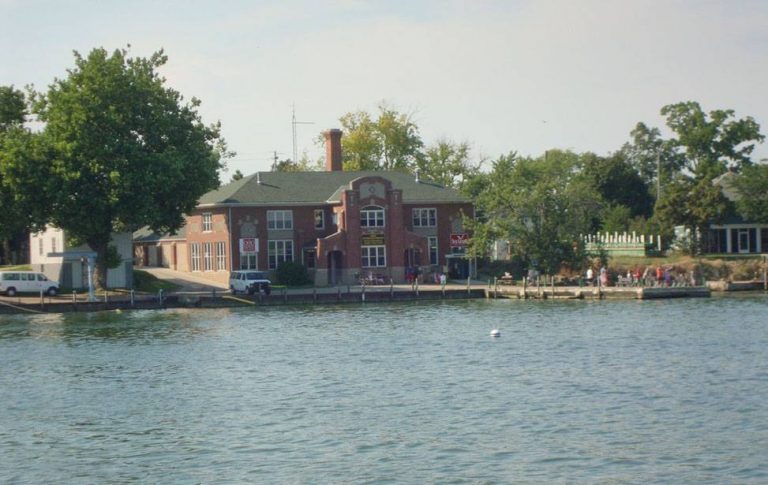 Stone Laboratory at Put-in-Bay is the oldest freshwater biological field station in the United States (1929).

Stone Labs is both a campus for Ohio State University and site for Ohio Sea Grant studies. It has been central to much Great Lakes research. Stone Lab is scenic with a natural arch, “Eye of the Needle,” and Perry’s Lookout from the Battle of Lake Erie. That research assumed more than regular importance when Harmful Algal Blooms (HAB) rocketed into international news recently. HAB toxins were shutting off drinking water to 400,000 residents in the Toledo area back in 2014.

Questions have been raised on what impact HAB might have on sportfishing. Lake Erie’s western basin is a top destination for Midwestern fishermen for walleye and yellow perch. Some coming from as far away as North Dakota. The good news is that fish contamination from HAB is not even close to the warning stage. Studies focused on sportfishing impact are in early stages, so more information will come as the studies build.

Stone Labs is a popular spot to visit for aspiring high school and college students with interests in marine or aquatic studies. The lab’s space covers 6 1/2 acres of Gibraltar Island; and includes Jay Cooke’s Castle which some say is haunted.

Though Lake Erie only has two percent of the water in the Great Lakes, it has 50 percent of the sportfishing. Unfortunately, the fertileness that leads to the good fishing is also connected to HAB. Dredging the bottom of Lake Erie brings up some interesting biological remnants. Among the things brought up were Mayfly larvae. Their presence indicates that Lake Erie has healthy water and good oxygen.

There’s lots to see and do if you are a hands on student. One fun tour is of the lab on shore, where water samples are checked with high tech machinery (FlowCAM and Nutrient Autoanalyzer). Another is to stop by and say hi to Kristin “Snake Lady” Stanford, featured on Discovery Channel’s “Dirty Jobs,” who does her work there with restoring the Lake Erie watersnake, a subspecies of the northern watersnake.

The watersnake was recently removed from the endangered species list which sounds odd because they are everywhere on Put-in-Bay and you can’t find a meter of shoreline without them. But it is good that they are present. About 98 percent of their diet is the invasive round gobies and they do a great job of eating them.