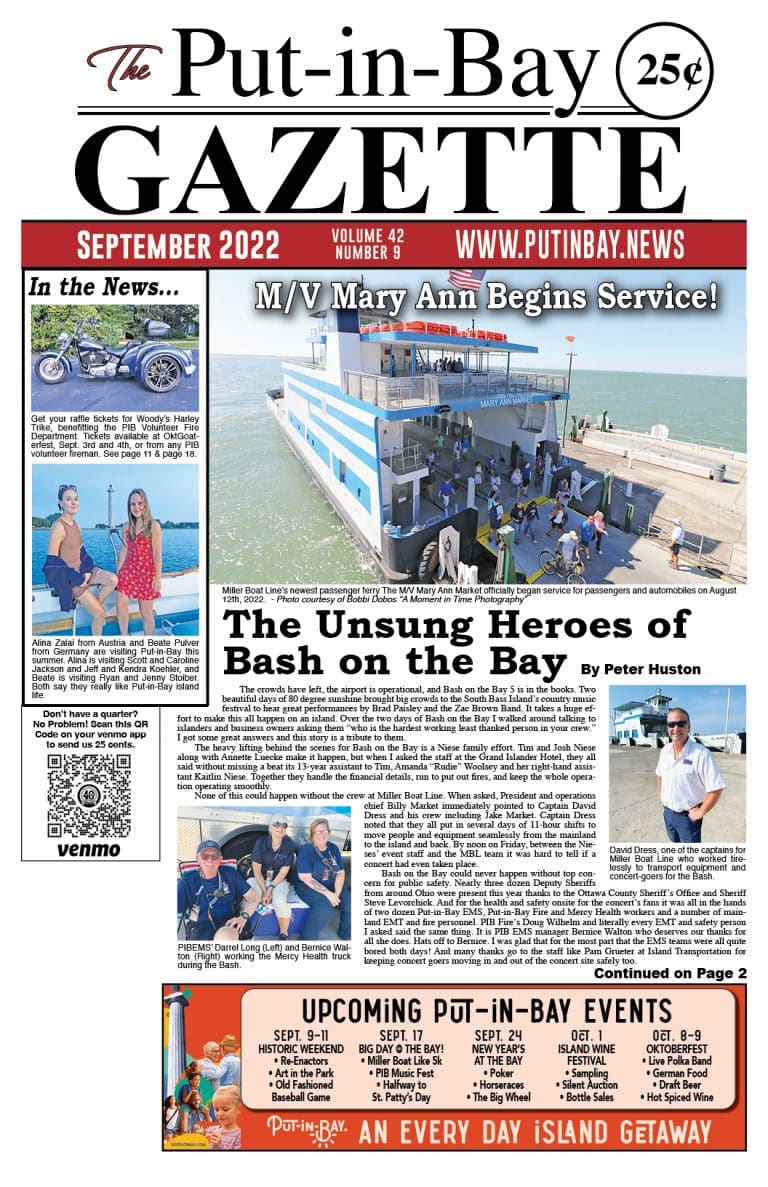 The seawall restoration project at Perry’s Monument is behind the schedule announced at the beginning of this year. There are many reasons for the delay, but the primary reason is our commitment to ensuring the quality, durability, strength, and appearance of the concrete used in the project. All parties involved have been working on this issue and are very close to getting the desired results.

• The southwest seawall extension (Village Swim Beach area) will continue and is expected to be complete by the end of 2022.

• Northwest section (currently under construction) will be complete by the end of 2022. There will be more work in this area during 2023 to complete the new drainage system and utility work in that area.

• Remaining sections of the south and north sea walls will be complete by the end of 2024.

• A new phasing plan for the work will be developed so that we can share additional details about the timing of particular sections.

Details of the project:

The south seawall and associated walkway will be raised 18” from current height and an 80-foot extension will be added to the southwest corner adjacent to the swim beach.

The north seawall will be raised 12” at the northwest and center sections transitioning to 24” taller at the far northeast. A new walkway will be added along the north seawall.

The seawall will have the same footprint except for a slight change to the tight curve just east of the Memorial creating more space between Bayview Avenue and the seawall.

A new drainage system will be installed throughout the park including package pump stations that will provide the ability to drain the site quickly during high water periods.

A few visitor experience improvements will also be included.

• Flush mounted step lights will be added along both the north and south seawalls to light the walkways at night.

• New seating areas with benches and trash receptacles will be added to the diagonal walkways on the south and in the grassy triangle by the Dairy Isle.

• A new interpretive plaza directly across Bayview Avenue from the Memorial will be added with full length depictions of the decks of the US Brig Lawrence and HMS Detroit etched into the walkway. Wayside panels will be added describing both vessels.

All seawall related work should be complete by the end of 2024.