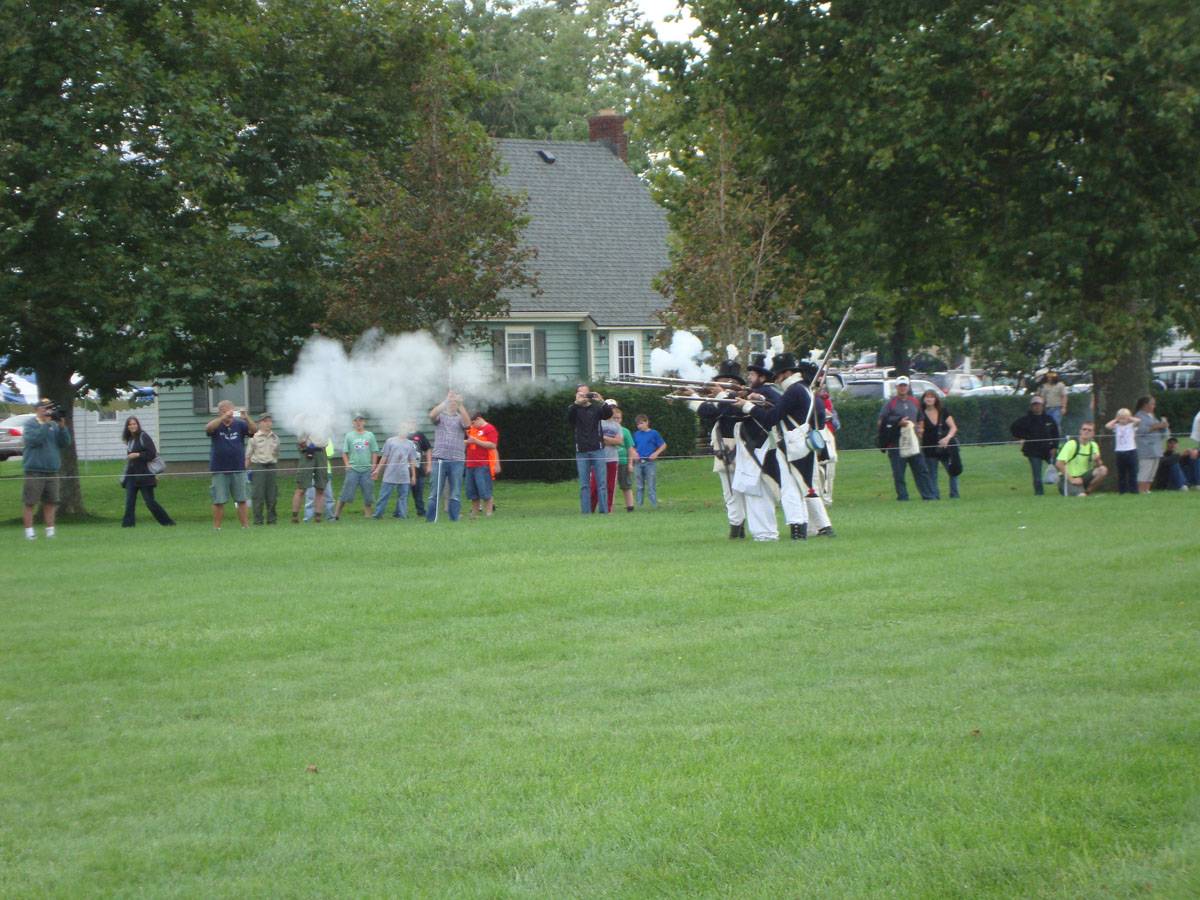 Townspeople commemorate the events of 1812 every September with Perry’s Victory Heritage Fest, featuring music, art and a recreation of an 1812 military encampment. This summer also marks the start of five years of visits from the U.S. brig Niagara, a historic replica of one of Perry’s ships that will offer tours, sailing trips and the chance to learn old-fashioned seamanship skills. Perry’s Cave (where the commander found drinking water for his men) also offers historic tours, while Crystal Cave across the street features the world’s largest geode, sparkling with pale blue celestine crystals.

According to the article, “This tiny village on South Bass Island played an important role in the War of 1812—its bay was the base for U.S. naval commander Oliver Hazard Perry and his fleet during the pivotal battle of Lake Erie, now commemorated with the only peace memorial in the National Park system. Located five miles from the Canadian-American border, Perry’s Victory and International Peace Memorial celebrates 100 years of existence this year. (Climb to the top for panoramic views of surrounding states.)”