St. Patrick’s Day at the Bay! 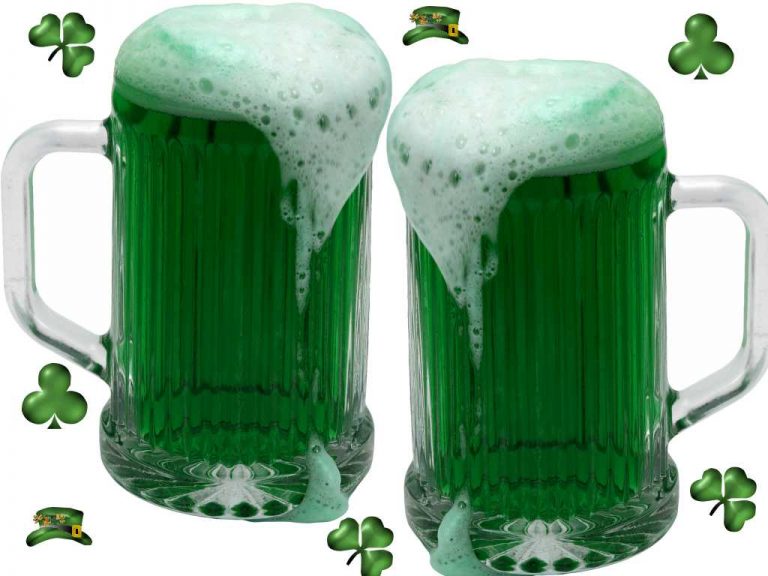 If you can make it across the ice, then come bring your friends and join the islanders for an Irish themed day at the Bay! There are a couple bars open over the winter and on this special day they both turn green.

We may be close to Canada, but everyone here is Irish for a day. There are a couple hotels and homes open for guests for this traditional holiday. Book securely online or give us a jingle at either 216-898-9951 to inquire.

A Short and Sweet History of St Patrick’s Day

St Patrick’s Day, or the Feast of St Patrick, is a celebration in honour of the patron saint of Ireland, St Patrick. The day of celebration, which marks the day of St Patrick’s death, was originally a religious holiday meant to celebrate the arrival of Christianity in Ireland, and made official by the Catholic Church in the early 17th century.

Saint Patrick, the patron saint of Ireland is celebrated around the world on St. Patrick’s Day. According to legend Saint Patrick used the three-leaved shamrock to explain the Holy Trinity to Irish pagans in the 5th-century after becoming a Christian missionary.

Observed by the Catholic Church, the Anglican Communion, the Eastern Orthodox Church, the Lutheran Church, and both Mother of Sorrows and St Pauls in Put-in-Bay, the day was typically observed with services, feasts and alcohol. Consumption has always been an integral part of St Patrick’s Day, as historically the day was celebrated with a day-long lift of the Lenten restrictions on eating and drinking alcohol – which has contributed to the present-day drinking at Mr. Ed’s Bar.

Interestingly, St Patrick wasn’t actually Irish. He is believed to have been born in either Scotland or Wales and sold into slavery in Ireland as a child. In 1903, St Patrick’s Day became an official public holiday in Ireland.