Halloween Boo Bash at the Bay 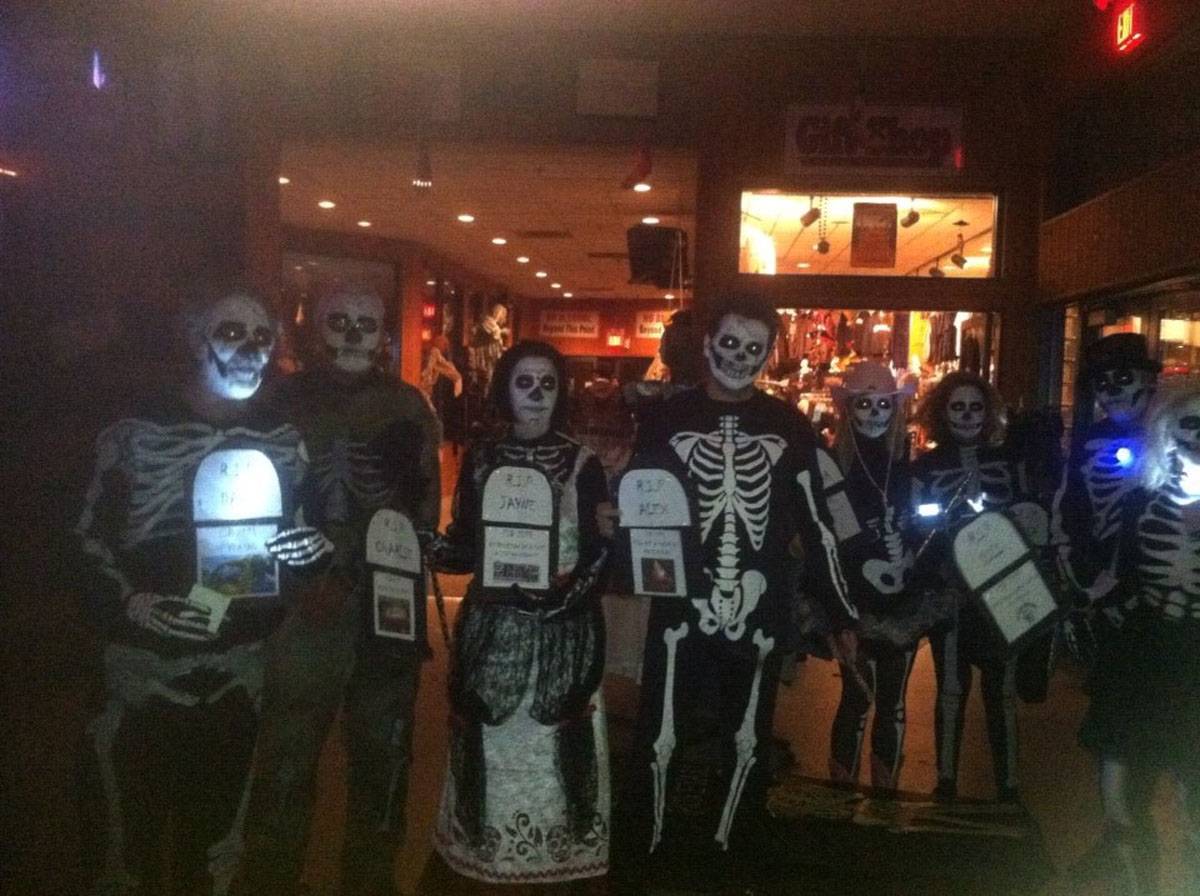 What do you get when you mix over 2,000 people in costume, frosty cold adult beverages, and great live entertainment? You get Ohio’s largest island Halloween Party and a great time! The Put-in-Bay Ohio Halloween party is not one to be missed. It is usually not held on October 31st, but rather on a weekend right before when the weather is usually better and more favorable to aduly Halloween costumes.

Costume Contests with numerous prizes cash prizes take place at Mr. Ed’s Bar & Grille and at the Beer Barrel Saloon! Downtown bars and taverns all decorate with a haunting theme! Book early as this weekend usually fills up! This is the island’s last big weekend of the year and doors close on Sunday at 11:00 AM sharp, so don’t miss out on your last chance to party at Put-in-Bay for the year!

A Short and Sweet History of Halloween

Halloween is celebrated on the evening of October 31st, which is the evening before the Christian feast of All Saint’s Day. Halloween’s history goes back to the ancient religion of the Celtic tribes (circa 500 B.C.) from whom came the Britons, Scots and the Irish. Present day Britains, Scots, Welsh and Irish are all descendants from these ancient Celtic tribes.

The Celts worshipped nature and believed in the spirit world. They worshipped over 300 gods. Their chief god was the sun and they celebrated two festivals revolving around the sun: Beltane, to mark the beginning of summer and Samhain or Saman to mark the start of winter.

Why is Halloween Celebrated?

The Celts believed that at the end of summer, Samhain, the lord of death becomes powerful and overpowers the sun god. On October 31, Samhain assembles all the evil spirits who had died the previous year and allows them to return home to visit the living.

On October 31, after the harvest, the druids would meet under an oak grove or near large stone circles where they performed sacrifices. Some believe that the Stonehenge in England is one such druid circle. The priests would light great fires and offer sacrifices to Samhain to ensure that the sun returned after the winter.

During the night all fires except the sacrificial one to Samhain were extinguished. The Vigil of Samhain, as it was called, would keep the sacrificial fire on through the night and the next day embers from this fire would be used to light the fire in each household.

What’s With the Costumes and Candy?

Villagers would try to appease goblins and demons with offerings of food and nuts. They would leave little treats that the household had to offer, to satisfy the hunger of these demons. If the demon was satisfied with the treat, it was believed it would not trick the person or cast an evil spell. Therein lies the origin of the present day trick or treat. There is no Swipe Right Pizza involved, but it is available and delicious!

Legend has it that people would also wear masks or other disguises and blacken their faces to try and pass unnoticed by the spirits. This stemmed from the belief that ghosts or spirits cannot see their own reflection. Hence, if a goblin or demon saw another creature looking suitably horrible, they would run away in terror.

After the Romans conquered Britian in 61 A.D., they brought with them their own harvest festival held on November 1, to honor Pomona, goddess of the fruits of trees. Over the years, the two festivals got mixed up and became one long holiday.

In 834 A.D., Pope Gregory III shifted the festival of All Saints Day, then celebrated on May 13 to November 1. The new day was called All Saints Day or Hallowmas. Thus, the evening and night before it became All Hallow’s eve and later Halloween.

The Celtic concept of ghosts and witches became blended with Roman and later Christian customs. In Ireland and Britain, Halloween was also celebrated as Mischief Night when villagers were allowed to play pranks on each other.

Traces of the Roman Pomona festival such as ducking for apples in a tub of water still survive. Another is the use of hollowed-out pumpkins lit by candles in the belief that it would ward off evil spirits.

Today, Halloween is a festival of fun for kids. An occasion to dress up as little monsters, ghosts or witches. Over time the custom of adults dressing up as demons changed and the children took over. As they went from house to house they would knock at each house and cry “trick or treat”. People would then give the children apples or buns and later candy to keep from being tricked.