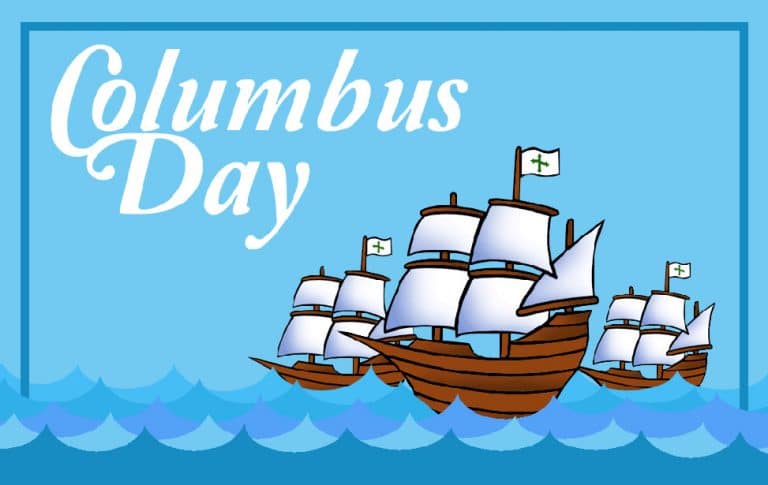 Most schools are out on Monday to celebrate and honor Christopher Columbus, so why not extend your weekend and stay an extra night? Most hotels and rental homes that are open in October offer special deals to guests who want to add a Sunday night to their weekend stay. This means you can enjoy Oktoberfest on both Saturday and Sunday and not have to worry about driving home on Sunday night. Spend some quality time with the family on an extended island getaway!

Columbus Day is a national holiday in many countries of the Americas and elsewhere which officially celebrates the anniversary of Christopher Columbus’s arrival in the Americas on October 12, 1492. The landing is celebrated as “Columbus Day” in the United States. As the day of remembrance of Our Lady of the Pillar, 12 October had been declared a religious feast day throughout the Spanish Empire in 1730. Reserve a Put-in-Bay rental home or condo for the weekend and enjoy the season.

The secular Fiesta de la Raza Española was first proposed by Faustino Rodríguez-San Pedro y Díaz-Argüelles in 1913. Here at Put-in-Bay, we enjoy it as a day off from school so parents can bring the whole family to the island for an extended weekend visit! Popular lodging facilities usually have great deals, specials, and low rates so everyone can enjoy!

A Short And Sweet History Of Columbus Day

Columbus Day is the holiday honoring Christopher Columbus’s sighting of America on October 12, 1492. It is observed in all 50 states of the United States and also in parts of Canada, Puerto Rico, and in some cities in Italy and Spain.

Although Columbus was not the first explorer to set foot in the Western Hemisphere, his landing at San Salvador Island in what is now the Bahamas was very important. It opened the way for the settlement of America by Europeans. It is likely that the first celebration honoring the event was held in 1792. Columbus Day became a legal holiday in the United States in 1892, 400 years after the famous voyage. It was then called Discovery Day. Many cities and organizations sponsor parades and banquets honoring the holiday.

October 12 is celebrated in Latin American countries not only as Columbus or Discovery Day, but also as the Day of the Race. It honors the many different peoples of Latin America. Schoolchildren in the larger cities join parades. Fiestas, sometimes lasting several days, are held in the areas with large Indian populations.