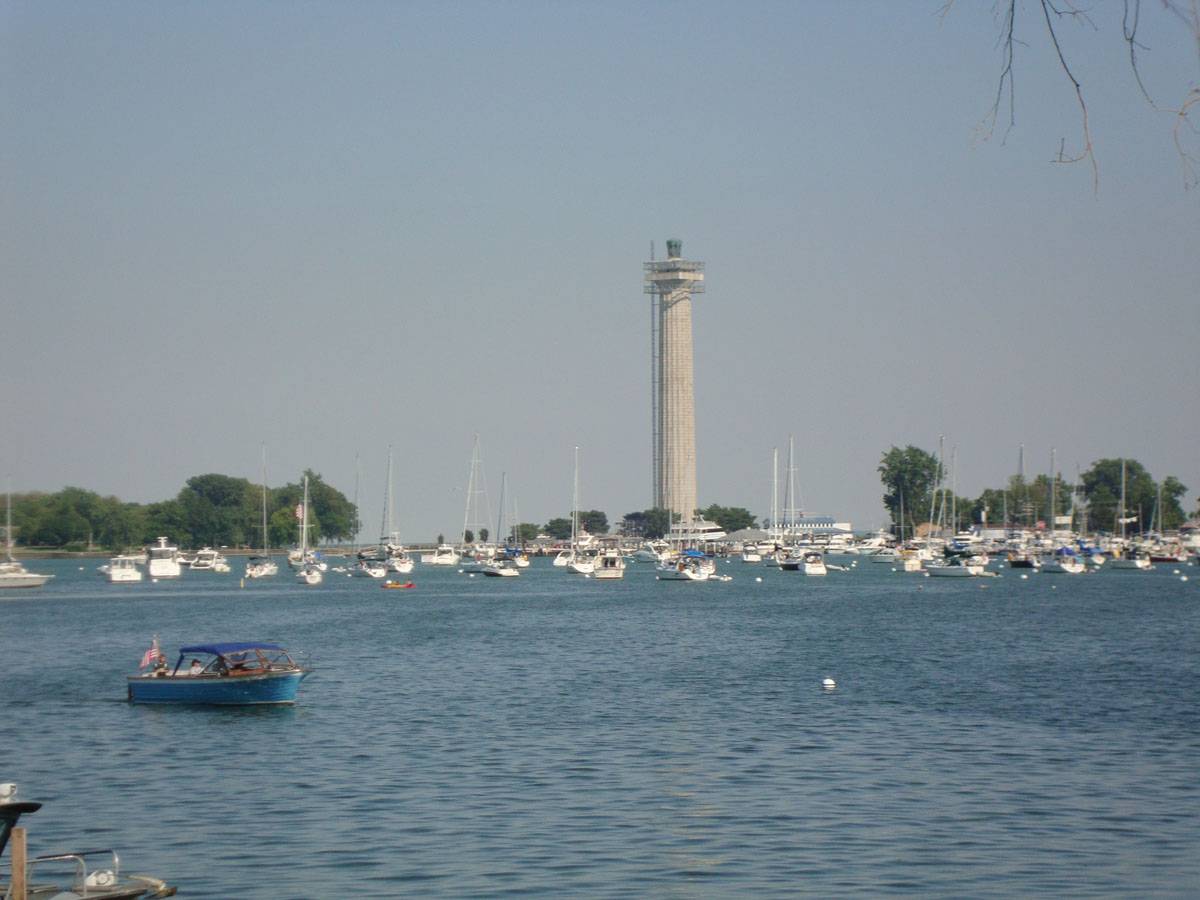 A 352 foot monument – the world’s most massive Doric column – was constructed in Put-in-Bay, Ohio by a multi-state commission from 1912 to 1915 “to inculcate the lessons of international peace by arbitration and disarmament.” Beneath the stone floor of the monument lie the remains of three American officers and three British officers. It is among the tallest monuments in the United States (the Gateway Arch, San Jacinto Monument, and the Washington Monument are taller). Although substantially completed in 1915, funding problems prevented the proper completion of a fully realized memorial complex. In 1919 the federal government assumed control of the monument and provided additional funding. The official dedication was celebrated on July 31, 1931. In 2002, 2.4 million dollars was spent on a new visitor center. The memorial is visited by 200,000 people each year.

Perry’s Victory and International Peace Memorial were selected to represent Ohio in the multi-year “America the Beautiful” Quarters series, honoring a national site from every US state, district, or territory. Its design shows Oliver Hazard Perry on the coin’s reverse, depicting the site’s statue of Perry with the International Peace Memorial in the distance. The design was selected from eleven proposals.

The Memorial had been closed for most of the summer of 2006 after a 500 pound piece of granite broke off the southeast face of the observation deck, falling 315 feet and leaving a crater in the plaza in June. No one was injured. Following a structural assessment that deemed it safe for visitors, the memorial reopened on August 26, 2006, with a fence surrounding it.