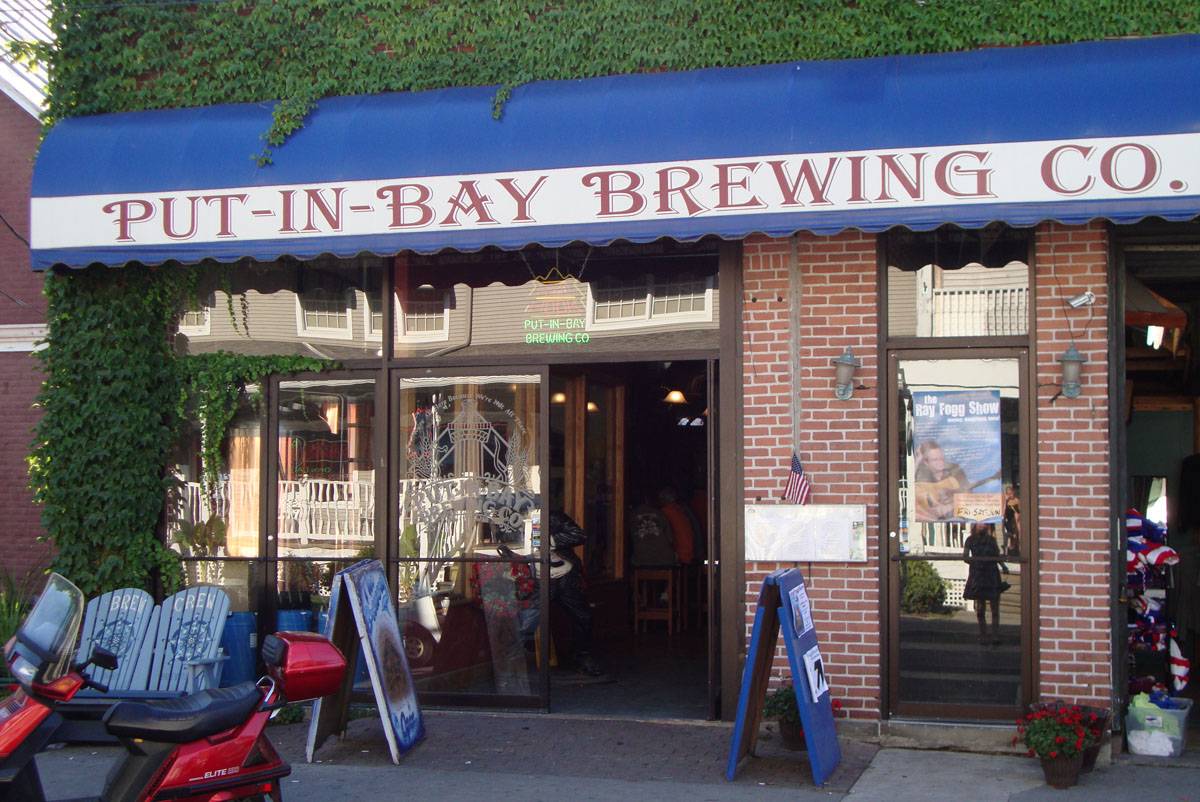 The 8.5-barrel Price-Schonstrom brewing system was moved upstairs and out of sight, while the bar was extended, new booths and furniture were added, a tin ceiling was installed. Stones now form an attractive wall behind the bar. Krueger estimated that they invested anywhere from $400,000 to $500,000 in the remodeling.

The improvements were made during the offseason. Given the fact that fewer than 500 people live on the island year-round and business dries up – or more accurately freezes – during the winter, there’s no reason to stay open all year. The brewpub season runs from May into October, depending on the weather. The seasonal nature of the business is one of the significant challenges facing an island brewery.

Others include hiring staff, water quality, making sure you make enough beer but not so much that it has to be dumped at the end of the season, and getting brewing ingredients. Just like customers, all the ingredients must come by boat or plane.

Unlike other commercial breweries, Put-in-Bay uses malt extract to produce its beers such as the Watermelon Wheat, Pass Out Bourbon Stout and West Shore IPA. The Brewery uses as much grain as they can, but said it’s just not feasible to do all-grain brewing on the island, especially when it comes to disposing of the waste.

The brewpub – which has a food menu that ranges from burgers to pizzas to fish – regularly offers four to seven of its own beers on draft, along with others from well-known breweries such as Great Lakes and New Belgium. The Summer Brew, a wheat ale, is the best-seller, with the Watermelon Wheat a close second.

Put-in-Bay has benefited from beer tourism, as craft beer fans seek out the brewpub now, as opposed to when it first opened and customers wanted only big national brands.

Getting to the island is half the fun of visiting the brewery. Most people arrive via the Miller Ferries, a vehicle and passenger ferry, or the Jet Express, a high-speed passenger-only ferry that docks right in the middle of downtown. Once on the island, many people rent golf carts to get around. The roads are abuzz with carts on weekends.

Put-in-Bay has a well-earned reputation for being a party island. There are a slew of bars downtown, and the village regularly attracts partygoers on the weekends. Outside of Saturday, the island is a great place for families because of activities such as swimming and sailing. The island also is home to caves, wineries and the 352-foot Perry’s Victory and International Peace Memorial, which honors those who fought in the Battle of Lake Erie during the War of 1812.