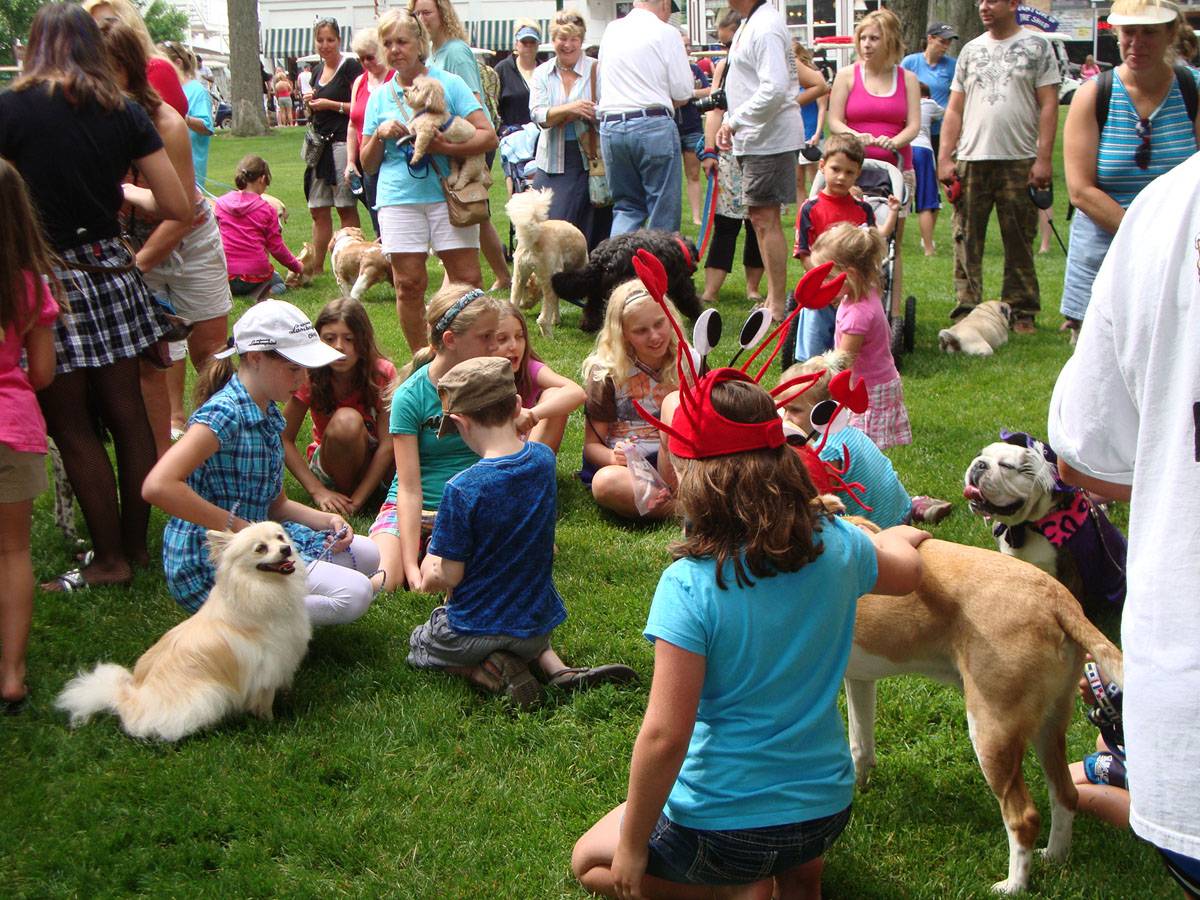 PUT-IN-BAY – People often think of Put-In-Bay for the partying and weekend revelry, but there is another side to island life that most don’t usually get to see – the local and community philanthropy. Thanks to 11-year-old McKenna Stacy of Put-in-Bay, the Island Safe Harbor Animal Sanctuary in Port Clinton was able to provide medical care for a few more dogs after Stacy donated $1,290 to the sanctuary.

“She said we could use the money for what we wanted, so we used it for vet bills,” said the sanctuary’s CEO and president, Nancy Benevento-Brown. “We have so many infirm dogs here. It’s really the second chance ranch.”

McKenna raised the money through the sale of bracelets that read, “Stop the abuse! Love your pets!” She came up with the idea for the fundraiser when she was brainstorming with her mother, Kristi Stacy, for story ideas for the Put-in-Bay Gazette.

“I didn’t know what to write about, and my mom and I always discuss ideas in her room,” the girl said. “I always wanted to donate to animals, especially dogs, because I love dogs. I asked her, ‘Can we order bracelets and sell them?'”

McKenna purchased the bracelets online and sold them for $5 each during the island’s off-season, when few people inhabit the island. No one expected her to raise over $1,000.

“It was really difficult, and sometimes it was hard, but I managed to get through it. Since I live on an island without many people, they said they didn’t think I could raise that much, so they were really excited,” she said. “My goal was only $500 at first. Once I got to $800, I said I’m going to make it to $1,000.”

McKenna was grateful and surprised by the amount of help she received for the project. Her grandfather sold them for her at the DynaGard gas station he owns on the island. The Put-in-Bay fire department allowed her to sell them at two pancake breakfasts, and many strangers reached out to help.

“I want to thank the fire department. They had pancake breakfasts, and they let me go there and sell my bracelets. I thought that was really nice,” McKenna said. “My grandpa would set them in a basket and collect the money. I was really excited about that.”

The youth’s newspaper story spurred mail order sales, as did an announcement on the sanctuary’s Facebook page.

“People I don’t even know sent donations to me,” she said. “My mom and I took the money to the bank, and we got it exchanged for a check. When we went to Island Safe Harbor, they had pups and dogs running around there. There was one I loved. His name was Stewie. He had a disease, and one of his legs didn’t work. He hopped around, but I loved him.”

Kristi was surprised by and very proud of how much money her daughter raised for the sanctuary.

“It was amazing. She did so good,” Kristi said. “She was so dedicated to it and definitely exceeded her expectations.”

Benevento-Brown was very grateful for the donation.

“I think it’s wonderful. So many people contacted me about the bracelets. People far and wide and nationwide ordered from her,” she said. “Kids today are just give me, give me, give me, but not McKenna. She is just so kind.”