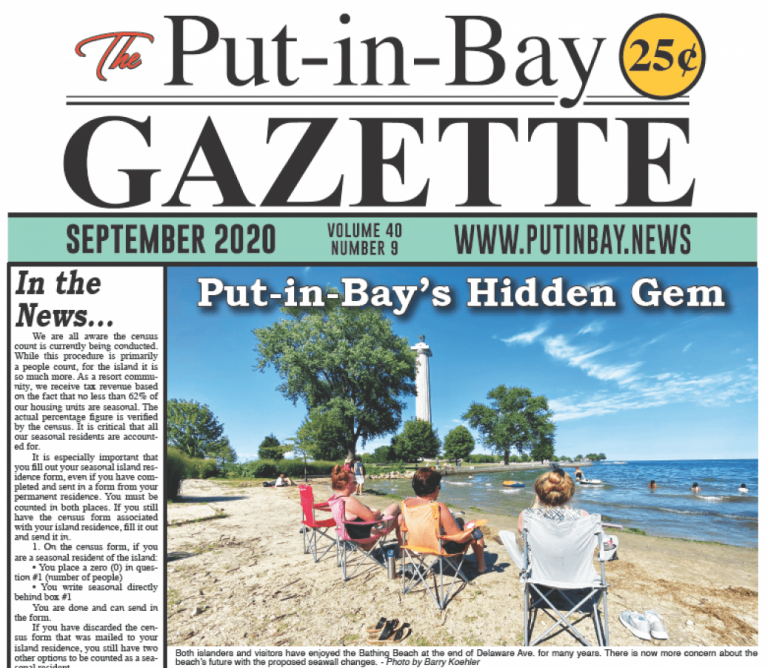 The following piece is published in this month’s Put-in-Bay Gazette. The Gazette has been producing incredible independent Put-in-Bay island news for over 40 years. If you have any interest at all in what is happening on South Bass Island, we urge you strongly to subscribe to the Put-in-Bay Gazette. One-year online subscriptions are only $15, and print subscriptions are available as well. To subscribe please click here.

“Puppies are adorable. If they weren’t, you would return them” – Socrates

In times of crisis babies and puppies are sold in record numbers. Children are far more expensive. For those of us on a budget, puppies are a low-cost alternative.

According to Thesprucepets.com, puppy ownership can average between $1,400.00 to $9,900.00 per year depending on the size of the dog, the regional dialect, veterinary care, and your lifestyle (“Lets go to Paris for a month. Call the boarding kennel, Y’ALL!”).

On August 6th, 2020, my wife Kyle and I picked up Henry Lord Dashwood Barr from our breeder. Henry is an Australian Labradoodle and will grow to about 25 pounds.

I am not sure if $9,900.00 a year is enough to budget for ownership. Henry enjoys the taste of upholstery, table legs, Persian rugs and expensive bedding. My arm is his personal chew toy and it looks like I have been fighting feral cats.

When the breeder was asked how to discourage this behavior she replied, “Simple, redirection.”

When my forearm is mistaken by Henry for a mutton chop, I simply have to redirect him to a toy. This can be a 24-hour task. Henry is part cannibal and seems to have developed a taste for human flesh. Mine. He never stops. He has no off button.

His first two nights he cried for hours. He missed his mother and his five siblings. Then he went into frat party mode. Like a seven-pound nuclear fusion reactor he played 24 hours straight and occasionally vomited for sport. He was remarkably house broken (as long as you let him out every fifteen minutes).

I thought Lily and Marcy would adopt Henry. Peace would reign over the house. Nope. Lily seemed weary of Henry’s nipping. He is a herder by nature and Lily looks like a sheep (white). For two weeks, Marcy ignored him.

Middle Bass has a disproportionate amount of dead catfish on its beaches. Dogs love catfish. Unlike Sheepshead or Walleye, Catfish have no scales and have a rubbery skin. On the beach the sun bloats the carcasses and inflates them like an oily balloon.

Marcy and Lily love rolling in Catfish. The freshly deceased ones pop when rolled on, releasing their oily fish goodness. What dog could resist?

When you have two dogs, you can mount a man-to-man defense. Coverage is simple. With Henry, we went from man-to-man to zone defense.

Henry is full of springs and rubber bands. He corners like a Ferrari and has the saber speed of a Prussian General. Off leash was a disaster. Henry found his first catfish and could not get enough.

There was a change in the culture of our household that night. After swimming all day and baths that evening, for the first time our exhausted dogs piled on to the large L.L. Bean dog bed together in our bedroom. Henry snored. Tails, wet noses and legs were mixed together. The subtle bouquet of catfish odor hovered like a small cloud by my beach glass collection. Our dogs were now bonded.

Like Napoleon, Henry still tries to herd the big dogs, but they seem more tolerant, almost amused. Henry has been accepted into the pack.