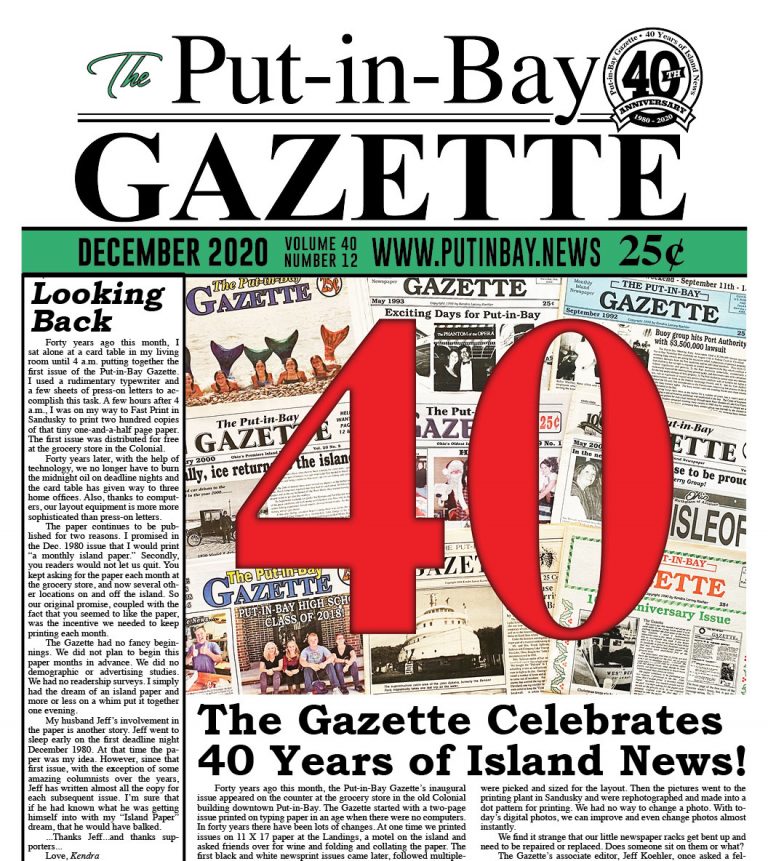 After a twenty year saga to save Cooper’s Woods from development, the commitment and determination of hundreds of individuals has been realized and fulfilled. Those individuals believe that commercial and residential expansion must be tempered by green space, natural areas that reflect the natural beauty of South Bass Island.

Cooper’s Woods was sold by the Gus and Delores Cooper Family to the DeRivera Park Trust in 1997. In March 2020, the DeRivera Park Trust sold the property to the Lake Erie Islands Conservancy. Funding for the purchase of Cooper’s Woods was provided by the Clean Ohio Fund, the Lake Erie Islands Conservancy, U.S. Fish and Wildlife Service, the Conservation Fund (TC Energy), and a private donation in memory of George, Grace, and John “Bullet” Borman. The LEIC transferred the property to Put-in-Bay Township Park District in June 2020.

The formal dedication of Cooper’s Woods took place on September 24th. The 18 acres of forested land with unique flora and fauna are now forever preserved and protected as a natural area.

After the brief speeches were completed, there was a formal opening ceremony when members of the Put-in-Bay School Environmental Club unveiled the “Welcome to Cooper’s Woods” sign.

A surprise presentation took place at the end of the formal ceremony. Lisa Brohl lead the group along the path in Cooper’s Woods where a bench has been placed dedicated to Marty and Kelly Faris. The dedication of the bench reads:

Oh, the Places You’ll Go! And will you succeed?

Thanks to Marty and Kelly Faris for their tireless efforts to preserve Cooper’s Woods.

They have been guiding lights in the preservation of Put-in-Bay green spaces for our future.

Both Kelly and Marty Faris were pleased and honored by the presentation of the bench. It was emotional for both of them.

Cooper’s Woods has a unique assemblage of wildlife: white-tailed deer, raccoon, red fox, coyote, and the ever present chipmunk. Over 110 species of birds have been documented.

Cooper’s Woods is one of the largest intact forested areas on South Bass Island. This upland forest’s composition is closer to that found on morainal ridges to the north in Canada. Sugar maple, northern red oak, white oak, basswood, black cherry, American elm, hackberry, slippery elm, and black walnut are scattered throughout the 18 acres of the preserve.

The Annual Audubon Christmas Bird Count will be held in the Lake Erie Islands Count Circle on Sunday, December 20th, 2020. Participants will be needed on Kelleys, Pelee, and the Bass Islands that day. On South Bass, we need volunteers to listen for owls in the early morning, travel the island bird watching during the day, and to watch their feeders at home. We are also looking for birders or feeder watchers to help with Middle Bass and North Bass.

If you are interested in watching your feeders or traveling the island for all or part of the day, call Lisa Brohl at (419) 366-2087 or e-mail at leiconservancy@gmail.com.

John Pogacnik, the official Count Circle Compiler, will be coordinating the efforts on Kelleys Island. Please correspond with him at jpogacnik@hotmail.com or with Tom Bartlett at hthomas.bartlett@gmail.com if you wish to help at Kelleys.

Participation in the Christmas Bird Count is free and a lot of fun! The data gathered over 100 years of the count show important trends in bird populations.