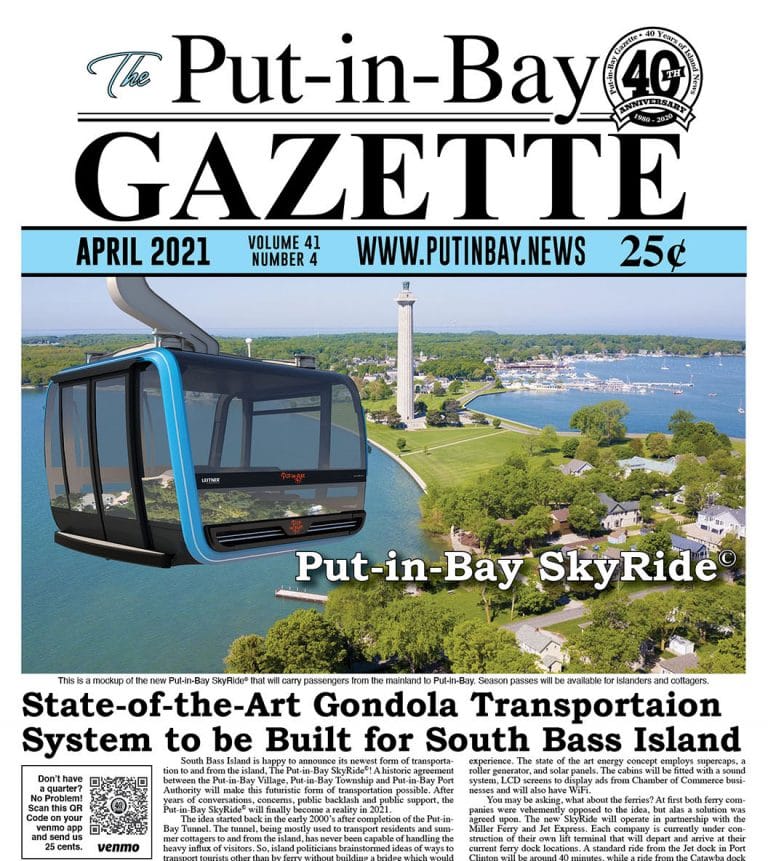 If you’re planning ahead, you might be interested to know that the dates for the Put-in-Bay Community Swim Sail programs for kids 4 to 18 this summer are June 14th through July 16th. More info to follow.

Work on the seawall project at Perry’s Monument is now scheduled to start after Labor Day 2021 due to some unavoidable delays. It now looks like work on the south side wall will be complete by the end of 2021, and work on the north wall won’t take place until 2022. Sounds to us that the project is now officially on island time.

We recently found out why Joan and Roger Rhoad, owners of Cameo Pizza on Put-in-Bay, have been so successful in the business. Their motto, according to anonymous sources, is “We think outside the pizza box.” Just ask Roger about his Cabbage Patch doll story!

Max Hristovski, the son of Miyo and Maria Hristovski who operate Adventure Bay and the Sandbar and the businesses at Harbor Square, was recently nominated and admitted in the National Honor Society. NHS students must show academic commitment, leadership experience and good character. Congrats, Max!

Congratulations to Larry Herold III for bringing home the Bronze for Team USA in the World Triathlon Winter World Championships in Sant Julià de Lòria, Andorra, in March. Andorra is a small country in the mountains between Spain and France. Larry is the son of Larry Herold and Cathy Schwind of Squaw Harbor.