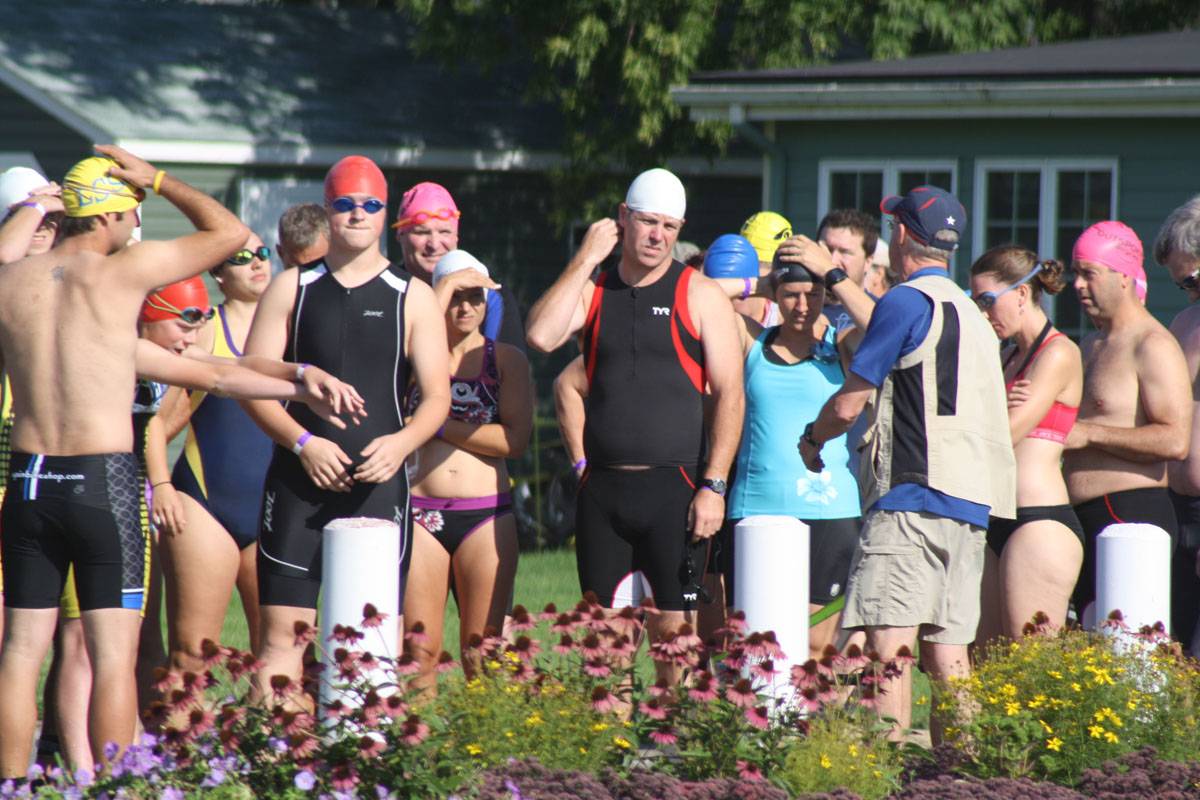 Perry’s Victory Triathlon is a great opportunity to get in shape for the summer and enjoy a day on the beautiful island of Put-in-Bay! The route has been designed to take you on a scenic tour of the historic island of Put-in-Bay with the hub of the race being held on the lawn of the Peace Garden at Perry’s Victory & International Peace Memorial. This is a great event for first time du/triathletes as well as seasoned veterans. The event will offer a Sprint Triathlon, Sprint Duathlon, Kids & Family FUN Run and a 5k Run/Walk.

This year’s race has been expanded to not only include the Triathlon, Duathlon, 5k and Kids FUN Run, but also the Aquathon (swimming and running) and the Aquabike (swimming and cycling) events in Lake Erie and the local Put-in-Bay harbor. For more information and to register, please visit All Sports Timing & Race Management website: www.allsportsraces.com.

Put-in-Bay has plenty of lodging for those who wish to stay overnight and enjoy more of their island time. Find a Put-in-Bay hotel room, or maybe a rental home or condo to spend the night.

A Short and Sweet History of The Triathlon

If you’ve never heard of a triathlon, the “tri” in the name gives away the fact that it involves three activities: swimming, cycling, and running. Competitors race in a specific order – swim, bike, run – as one continuous circuit without resting in between the three legs.

The roots of the triathlon date back to the 1920s in France when a race called “Les trois sports” (literally, “the three sports”) challenged competitors to swim across the channel Marne, ride a bike for 12 kilometers, and run for three kilometers. The American triathlon has a more recent history.

The modern triathlon got its start in Southern California when the first Mission Bay Triathlon was held on September 25, 1974, in San Diego. On that day, almost 50 people competed in a race consisting of a 500-yard swim, a five-mile bike ride, and a six-mile run.

The Perry’s Victory Triathlon is a little more compact with both the running and the biking done on the island and the swimming leg done in the harbor between Middle and South Bass Islands.

Birth of the Ironman

Triathlons slowly began to become more popular as other locations hosted their own events. Things really took off in 1978, though, when three popular endurance events in Hawaii were combined to create the Hawaii Ironman Triathlon.

The Ironman, as it has become known, was based upon the Waikiki Rough Water Swim (2.4 miles), the Oahu Bike Race (112 miles), and the Honolulu Marathon (26.2 miles). The first Ironman featured 15 competitors and only 12 finished the race. ABC’s Wide World of Sports began broadcasting the Ironman in 1982. By 2006, the event drew nearly 3,000 competitors.