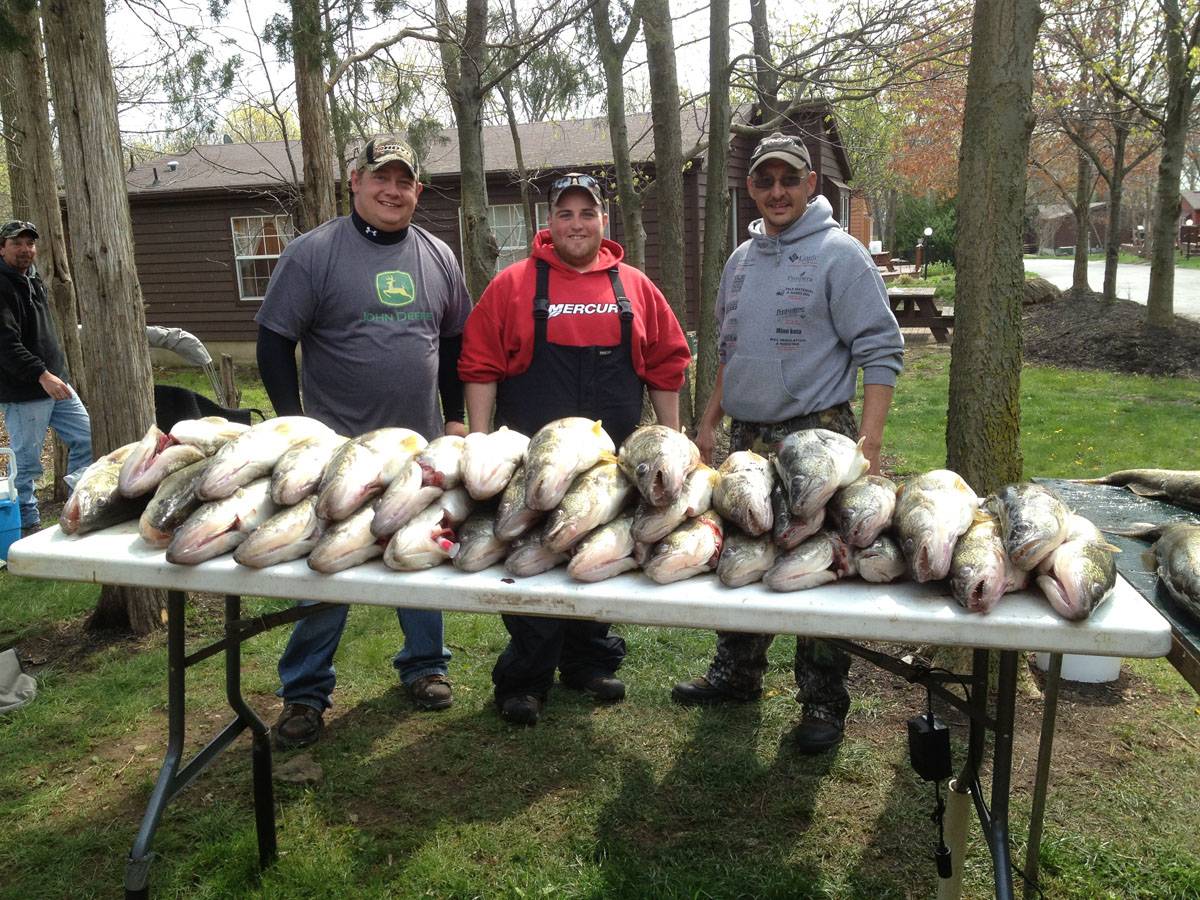 “The 2016 estimate is around 33 million, nearly half of which were the large 2014 year class,” says Travis Hartman, Lake Erie Program Administrator at the Ohio Department of Natural Resources Sandusky Fish Research Unit. “This year we will add the 2015 year class as 2-year olds that seems to be even larger than 2014. The combination of large fish remaining from 2003 and an influx of two large year classes of young fish will give us incredible fishing for the foreseeable future.”

The walleye fishery translates to jobs and money. Sport fishing on Lake Erie translates by some estimates to more than $100 million in economic impact. That’s a fact not lost on charter captains who guide fishing parties on Lake Erie.

“Those numbers are good news,” Captain Paul Holzheimer said. Holzheimer is the owner of Bad Habit Walleye and Perch Charters. “There should be another 10 to 12 years of good walleye fishing if those spawning classes hold up.”

The walleye fishing on Lake Erie is so good that many charter captains and sport anglers are even trolling the open waters of Lake Erie in the middle of winter.

“I think the fish were always there, but now people have figured that out and they’re catching them,” says Holzheimer.

As for the later months in the spring, summer and fall, Hartman says the numbers will definitely be good, especially for smaller, eater-sized fish, but he adds there will still be the chance to catch a trophy from the aging 2003 walleye class.

“Fishing for “eaters” will be great in the western basin, as long as you have some patience to throw back ‘short fish’ early in the season. If you are willing to follow the migration of the aging 2003 fish you will have trophy opportunities throughout the year.”

Holzheimer agrees with that assessment: “They may not be giants, but there will be fish to catch; 18 to 22 inch fish. Those are legal fish. Fishermen will be happy to catch good numbers.”

As a charter captain, Holzheimer says conservation is still key to the fishery.

“Sustainability; making sure the water is clean, not polluted; not overharvesting; making sure the forage base stays strong; those are all things we need to keep an eye on. We need that for the future of walleye in Lake Erie.”