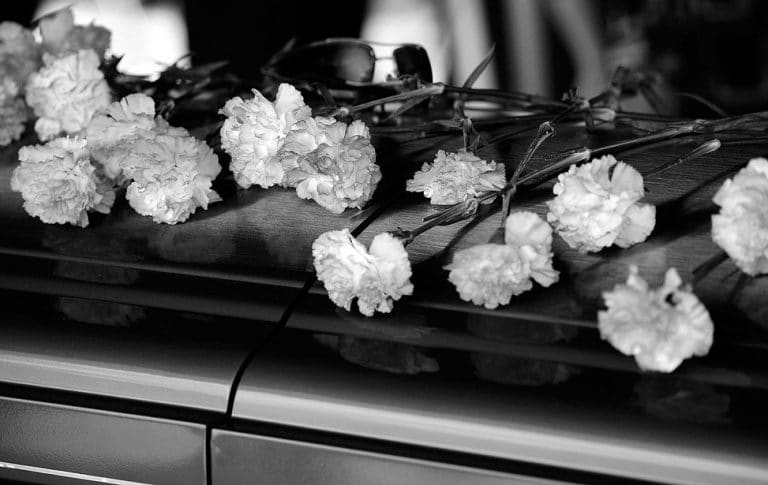 The Wake is a longtime Put-in-Bay tradition celebrates the passing of another summer season. Join friends and islanders for a fun filled weekend, one of the last of the season! The main festivities occur at the Round House Bar and adjoining Park Hotel on Saturday night.

Guests pay a modest entry fee to go through the “haunted” hotel and pay their respects to the past season. This is commemorated by a casket before guests make their way into the bar for fun, drink, and great entertainment. This has been a 35+ year tradition that is still going strong.

Book a room, condo, or house for the weekend and see for yourself what a fun time October can be on the island! The Island Club Home Rentals, Put-in-Bay Condos, and Commodore Resort look forward to hosting you and your group!

A Short And Sweet History Of The Wake

The Irish Wake is perhaps one of the best known funeral traditions associated with death and passing. The Wake, the glorious send-off of departed loved ones, is a prominent feature of Irish funeral traditions, and also the passing of our summer season. The Wake is an important part of the grieving process, which is why many Irish funerals are still preceded by a wake, as is the end of all Put-in-Bay summers.

The origin of the wake probably dates back to the ancient Jewish custom of leaving the sepulchre, or burial chamber, of a recently departed relative unsealed for three days before finally closing it up, during which time family members would visit frequently in the hope of seeing signs of a return to life.

A more recent story is that the tradition of the wake in Ireland came about as a result of the frequent lead poisoning suffered by drinkers of stout from pewter tankards. A symptom of this malaise is a catatonic state resembling death, from which the sufferer may recover after a period of a few hours to a day or so, to the relief of those watching for signs of such an awakening. Unfortunately, Put-in-Bay weather does not get better as the year ends.

Whatever the origins, there is no doubt that the ceremony of the wake has provided comfort to those who have nursed a loved one through a terminal illness or have had them snatched away by disaster without the chance to say goodbye. Likewise, it helps Put-in-Bay boaters grieve over a summer passed. It is an opportunity to celebrate the departed person’s life in the company of his or her family and friends and to mark their departure from their home for the last time. A wake is a scene of both sadness and joy as the end of that life is marked but the life itself is remembered and treasured.

Where is a wake held?

A wake is usually held in the deceased’s home, or the home of a close relative. The Roundhouse Bar is the home of much summer fun, so it is a perfect place. It is becoming more common, for the traditional wake to be replaced by a viewing at a funeral home, or in the Park Hotel. The immediate family of the deceased will be at the funeral parlor and the protocols are similar to those followed at a wake held in the home. Typically, the body (or mannequin at Put-in-Bay) is waked for at least one night, during which time family, neighbours, friends, work colleagues and acquaintances visit the house, or bar, to pay their respects.

Who attends a wake?

If you knew the deceased, or know any member of the deceased’s family, then you could attend the wake. Or if you have ever partied at The Roundhouse. You do not have to wait to be invited. Typically, a wake is attended by family, relatives, neighbors, friends, work colleagues, school and college friends, and acquaintances. It is not usual for children to attend a wake, unless they are close relatives of the deceased. Plus, it’s a bar… no kids allowed! Men often visit the wake house late at night and sit with the body during the night. Close male neighbors and friends often volunteer to do this so that the family can get some rest.

What is the atmosphere like and how should I dress?

What to do when you enter the wake house?

Typically, when you enter the wake house you will be greeted by a member of the deceased’s family who will guide you to where the body is laid out. If not, someone close to the family, or a friendly bartender host, will show you the way. Shake the hand of the person who meets you and offer your condolences. Expect to see lots of people sitting around drinking tea (or beer), eating sandwiches, biscuits and cakes and chatting – even in the Park Hotel room where the body is laid out.

Take a moment to stand and look at the body, during which time you may say a prayer. Some people touch the hands or head of the corpse for a few seconds or sprinkle some holy water (which is often on a nearby table), on the body. The best advice is to watch what others are doing and follow suit. Once you have met the family, shaken hands and viewed the body, it is customary to take a seat and chat for a while with those who are present. Expect to be offered a cup of tea, or beer. An acceptable time to remain at the wake is anything from 10 minutes to several hours, depending on how well you know the family or bartenders. 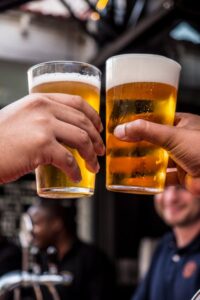 When to attend a wake?

If you are not a close relative or friend of the deceased or the family the most usual time to attend is between 5pm and 8pm. The latest time to attend varies from county to county, but often a wake continues throughout the night and it is customary for close neighbors, relatives and friends to sit with the body during the night, so that the family can get some rest. Often you will see a Guest Book in the hallway of the wake house. You should sign this so that the family knows who has visited and can thank everybody.

What will I see at a wake or a viewing?

You can expect the body of the deceased to be visible in an open coffin in the house or the funeral home. Or at Put-in-Bay, a mock body in a casket in the Park Hotel. Usually, the body is dressed in their best clothes, but covered with a shroud from the chest down. The head and hands will be visible. Mirrors in the house, especially those in the room where the body is lying, may be covered or turned to the wall.